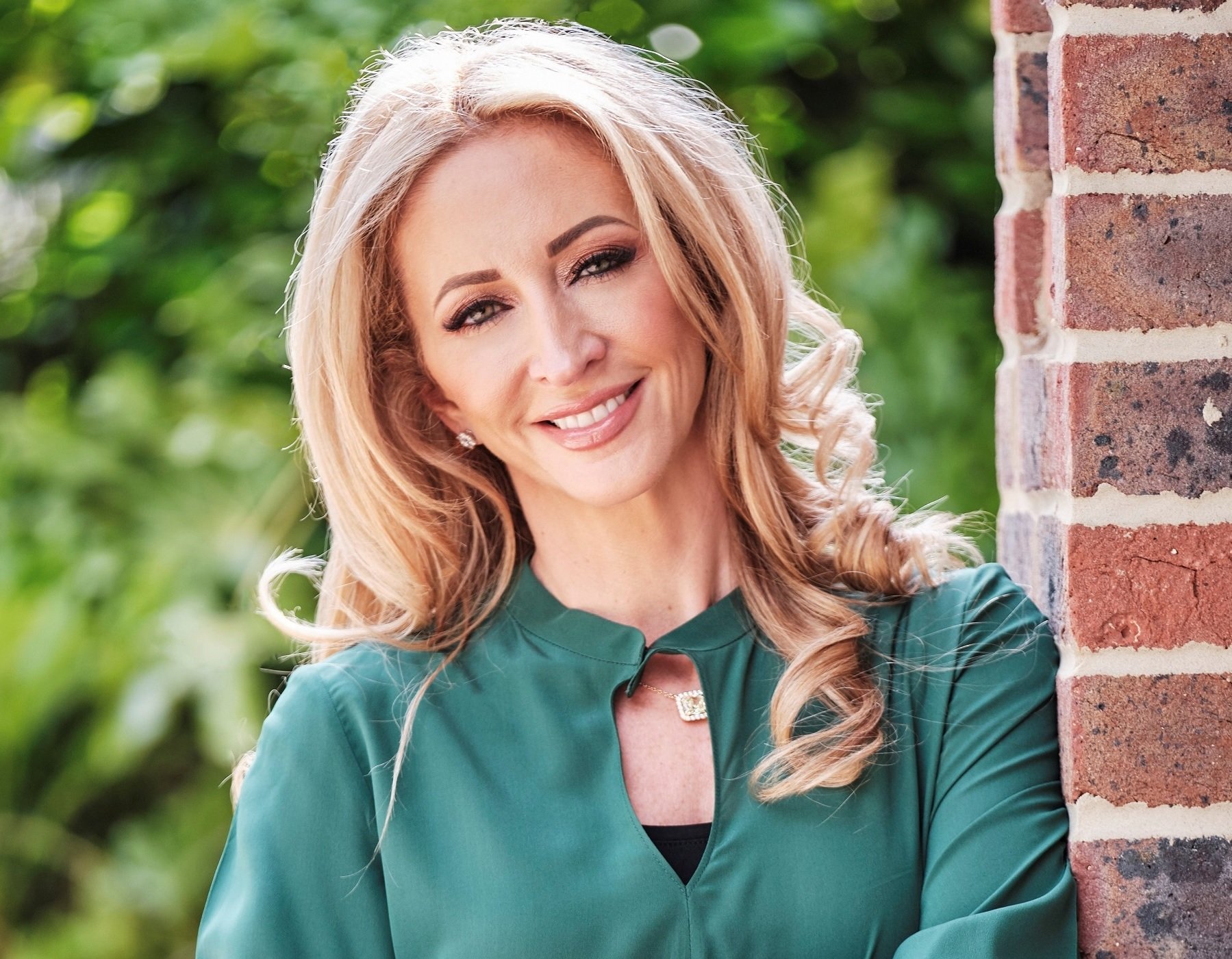 By James Bourne | 6th January 2020 | TechForge Media http://www.cloudcomputing-news.net/
Categories: Containers, Enterprise, Hybrid, Infrastructure, Interview, Open Source, Software,
James is editor in chief of TechForge Media, with a passion for how technologies influence business and several Mobile World Congress events under his belt. James has interviewed a variety of leading figures in his career, from former Mafia boss Michael Franzese, to Steve Wozniak, and Jean Michel Jarre. James can be found tweeting at @James_T_Bourne.

When Melissa Di Donato joined SAP in 2017, having counted Salesforce, IBM and Oracle among her previous employers, she told this publication it was like ‘coming home.’ Now, as chief executive of Linux enterprise software provider SUSE, it is more a step into the unknown.

Yet it is not a complete step. Working with a proprietary software company means your experience is primarily in selling it, implementing it and aligning it to others’ business needs. With SUSE, Di Donato knows far more acutely what customers want.

“Though I don’t have a whole load of open source experience per se, I’ve got all the detail and all of the understanding of what it is to be a SUSE customer,” Di Donato tells CloudTech. “That’s really important because, as we go to market and look at who we want to be, who we are for, who we are now and who we want to become, it’s really about embracing this collaborative nature of creating software in a community, but pivoting around customer needs.”

Having that portability, regardless of what platform you choose, is becoming very important – what’s good on Azure today may be better on Google tomorrow

Since being named as SUSE CEO in July, Di Donato has been visiting customers and crafting the company’s message around two themes. For the enterprise market, while the buzzwords around containers, software-defined storage, multi-cloud and hybrid cloud remain, solid progress is harder to come by. Add in that every customer has different needs, after all, and the strategy needed to be boiled down somewhat.

Not unlike other organisations, SUSE’s customer base is split into various buckets. You have traditionalists, which comprise about 80% of customers, hybrid beginners, cloud adopters and cloud-native; the latter three all moving in ever decreasing circles. Regardless of where you are in your cloud journey, SUSE argues, the journey itself is the same. You have to simplify, before you modernise, and then accelerate.

Di Donato argues that cloud and containers are ‘very, very overused words’, and that getting to grips with the technology which holds the containers is key – but all journey paths are valid. “Whether cloud means modernising, or container means modernising, VMs, open source… [customers’] version of modernising is really important, and they want to simply and modernise to then get to a point where they can accelerate,” she says. “Regardless of what persona you are, what customer type you are, everyone wants to accelerate.”

These days, pretty much everyone is on one of the hyperscale cloud providers as well. SUSE has healthy relationships with all the major clouds – including AWS, which is a shot in the arm for its occasionally-criticised stance on open source – aiming to offer partnerships and value-adds aplenty.

The problem is that the hyperscalers do little to assist the simplification process. At re:Invent in December, AWS said that at last count it offered more than 175 services. “We’re overwhelmed by the number of services and tools being offered to our customer base,” says Di Donato. “There’s a whole different conversation [before] about how, as a complex enterprise, [you] get to public cloud. If you have one small application on public cloud, [you can] choose from hundreds more.”

So what can SUSE do? Ironically enough, by offering as many options as possible to its customers. “How do I get our natives and traditionalists, at two opposite ends of the spectrum, into an environment where they can move and continually modernise?” says Di Donato. “It’s going to need to be flexible, it’s going to need to be agnostic, it’s going to need no lock-in and be able to simplify the complexity around the various components that hyperscalers have.

“Having that portability, regardless of what platform [customers] choose, is becoming very important,” Di Donato adds. “What’s good on Azure today may be better on Google tomorrow – and we have to have the flexibility and simplicity to be able to move our customers over, the easiest way forward.”

The other message – and arguably an even more important one – is around ‘daring to be different.’ It was the title of an article Di Donato wrote on LinkedIn when she joined SUSE, which focuses on the wider community and message. “I’m fortunate to have a platform from which I can be an activist and an advocate for openness, diversity and inclusion,” Di Donato wrote at the time, adding she particularly advocated opportunities for girls to move into STEM. “I believe we can all give back more than we take.”

The ‘openness’, given SUSE’s heritage, should be a given – but it isn’t across every area. “The company is inherently open and collaborative – in an open source environment you can contribute literally from anywhere – however you don’t see a load of diversity in open source as an industry right now,” says Di Donato. “The need to always have diversity and inclusion on the agenda is really important.”

More than anything else, this was priority number one when Di Donato took over the reins at SUSE. Among other initiatives, an employee network around women in tech was launched. It is now more than 150-strong, for men and women “to ensure we evangelise the brand and get out there and show the world just how diverse we are and can be in open source at SUSE,” as Di Donato puts it.

Di Donato has been discussing greater representation for women in STEM for almost as long as she has been a senior executive. At her first role, at SAP as an R3 developer, she was the only female in her cohort. “10 years ago we stopped talking about women in tech because we were getting bored of it in the UK, right?” she says.

The headlines keep on coming, however. As CloudTech reported in October, the Forbes Cloud 100, an influential list of top privately-held cloud companies, featured a grand total of three firms led by women. The month before, another Forbes list, of America’s 100 most innovative leaders, featured just one woman, drawing opprobrium.

Even in her current role, Di Donato has gone to certain geographies to find herself the only female in the room. “We haven’t come very far,” she says, laughing ironically. “I tend to think that for any network of people that talk this passionately about a particular topic, over decades, you would think the dial would move. Yet we still struggle.”

As a mother of three and newlywed – having previously been widowed when her youngest child was 18 months old – Di Donato is especially concerned at getting more focus for parents, such as not penalising them if a family crisis meant they could not make the office.

Rachel Keane, co-founder of the Women in Data series of events, previously told this publication of another danger for women: in an industry as fast as cloud computing, a year away means a huge gap of knowledge. Nothing is insurmountable, however. “For most people, they can’t imagine naturally what they’re capable of,” says Di Donato. “You can only understand what you’re capable of at a turning point in your life.

“We need to be role models to show other executives, particularly young talent, the importance of being capable of juggling more than just one or two things.”

More than anything else, however, wherever you are today, it is about being true to one’s self. Di Donato wants to exemplify this with her platform as CEO. “I’m faced with maybe exacerbating the fact that I’m quite loud, I’m quite vocal, I speak to a lot of employees, a lot of customers, and I’m a woman, right?” she says. “That’s a learning experience for me too – try and communicate in a way that people understand and are used to, but at the same time don’t lose myself either.

“I am enthusiastic and I am passionate and focused, and I am opinionated and I am driven,” adds Di Donato. “I don’t want to lose that purely because I’m different than everybody else right now.”