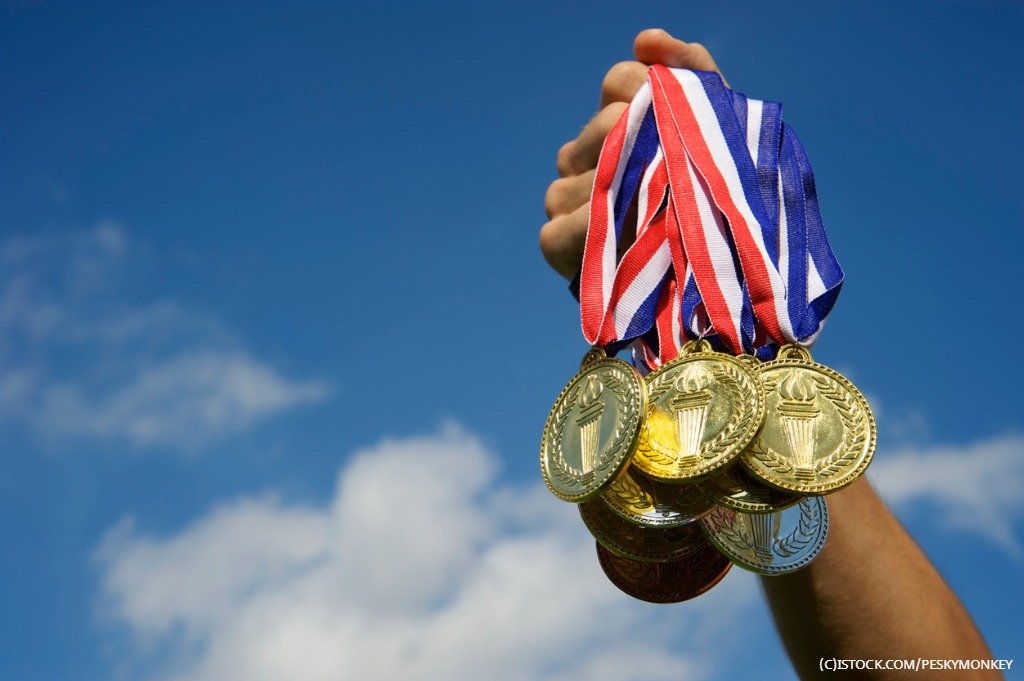 By James Bourne | 6th March 2020 | TechForge Media http://www.cloudcomputing-news.net/
Categories: AWS, Google Cloud, Microsoft, Platforms, Research,
James is editor in chief of TechForge Media, with a passion for how technologies influence business and several Mobile World Congress events under his belt. James has interviewed a variety of leading figures in his career, from former Mafia boss Michael Franzese, to Steve Wozniak, and Jean Michel Jarre. James can be found tweeting at @James_T_Bourne.

The hyperscalers continue to lead where others fear to tread – or at least those without the cavernous pockets of the biggest cloud players, at least. Gartner has gazed into its crystal ball and ranked the main vendors for cloud AI developer services, and it’s a 1-2-3 for Amazon Web Services (AWS), Microsoft and Google.

In its latest Magic Quadrant, Gartner defines ‘cloud AI developer services’ thus: as “cloud-hosted services/models that allow development teams to leverage AI models via APIs without requiring deep data science expertise…deliver[ing] services with capabilities in language, vision, and automated machine learning.” In other words, companies who can provide a one-stop-shop for applications and models across the stack are likely to fare well here.

AWS nudged out Microsoft and Google in terms of ability to execute and completeness of vision, but as can be evinced from the ranking the three leaders are tightly bunched. IBM also placed in the leaders’ ranking, with 10 vendors assessed in total. 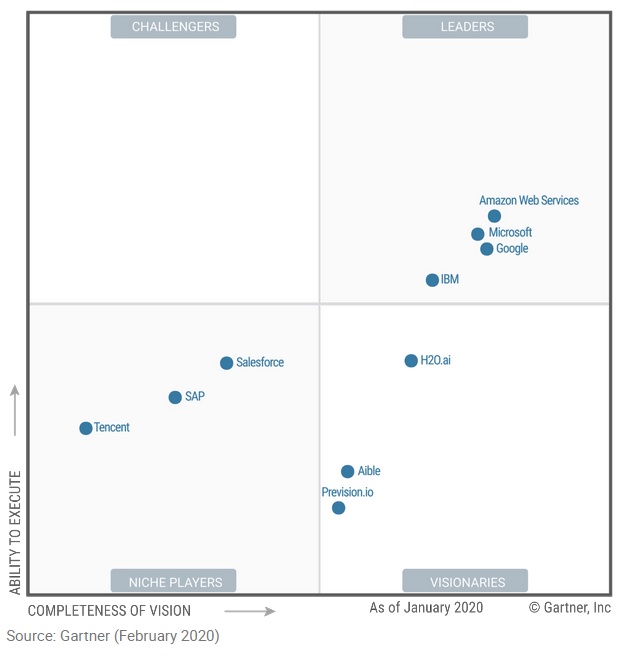 At last count – or rather, what CEO Andy Jassy told re:Invent attendees in December – AWS had more than 175 services in total available to customers. Machine learning (ML), principally through the SageMaker portfolio, comprises more than one in nine of these, and was an area where AWS’ view ‘continued to evolve’, Jassy said.

This breadth of portfolio, according to the Gartner analysis, is both a gift and a curse. While AWS’ offerings cater across myriad industries and their journeys, in terms of whether you have ML skills or not, Gartner noted the complexity ‘poses some challenges’ both for individual developers and enterprise application leaders.

Google, meanwhile, has previously touted itself as the cloud leader in machine learning, with a lot of initial advantage being built up through the leadership of Fei-Fei Li, who left in late 2018 to continue her work at Stanford University. Like AWS, many of its customer wins – Sainsbury’s being a good example in the hotly-contested retail market – cite ML front and centre as the key differentiator. As regular readers of this publication will be aware, Google Cloud has significantly increased its press output, with new customers, initiatives and partnerships appearing on an almost daily basis.

This is how Gartner summed up Google’s offering. The company was praised for its depth of languages available, its AutoML and image recognition tools, but its drawbacks were tied around its lesser standing in cloud infrastructure compared with AWS and Azure. Thomas Kurian’s leadership ‘attracted positive feedback… but the organisation is still undergoing substantial change, the full impact of which will not be apparent for some time’, Gartner wrote.

Microsoft, sitting in between AWS and Google, had its analysis presented in a similar feel, going relatively quietly about its business. The company’s cloud AI developer services were ‘among the most comprehensive on the market and all highly competitive’, according to Gartner, but the analyst firm cautioned its branding strategy was ‘confusing’ due to multiple business units, Azure, Cortana, and more.

The visionaries section at bottom right, where vision is praised but scale is not quite there yet, is often an interesting marker for future stars. Aible, a business intelligence (BI) platform provider which promises to automate the AutoML lifecycle, noted Gartner’s verdict that visionaries were ‘likely to excel’ in AutoML, a segment viewed as the most important for application leaders and development organisations.

Disclosure: CloudTech procured the Quadrant through the AWS landing page – you can do so too by visiting here (email required).