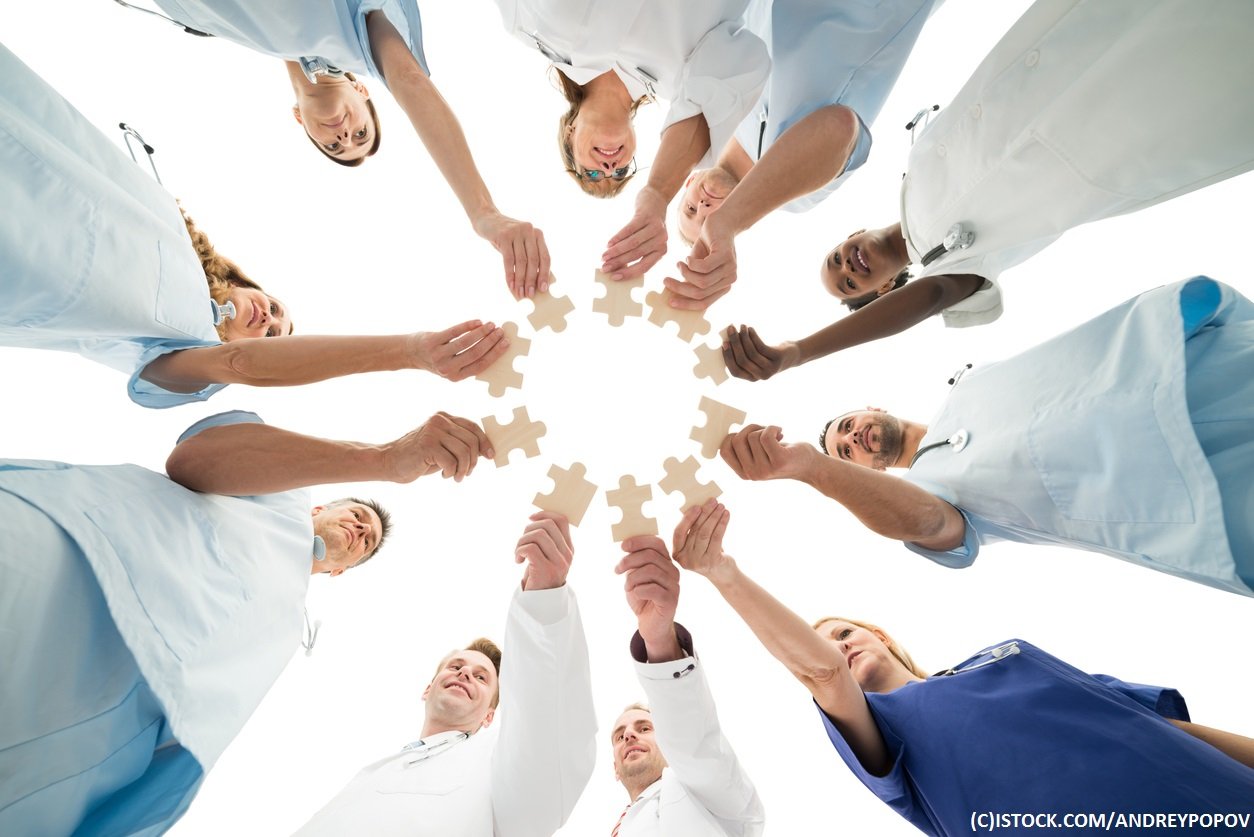 In the race for digital transformation, even in healthcare, there is a need to implement the right systems and solutions to maximise uptime, increase operational performance and to reduce downtime. However, it isn’t as simple as going out to a supermarket to buy a loaf of bread. There are so many potential solutions and systems on the market claiming that they do the job – but do they?

That’s the question that should arise whenever anyone is trying to resolve anything from latency to data storage. However, it’s not an easy question to answer, as the healthcare IT landscape is ever-changing.

Martin Bradburn, CEO of Peasoup Hosting, therefore comments: “For the healthcare sector, cloud infrastructure with its security and scalability can, and in some instances is already accelerating the development of clinical applications. Digital transformation is also changing the way healthcare operates, connecting remote clinical specialist resources directly to the patients for improved diagnosis on a worldwide scale.”

He adds that the use of cloud technology, more precisely "its ability to efficiently process and deliver data in a collaborative manner, analysing data into meaningful information… can relieve the current healthcare challenges. Equally, by using cloud IT infrastructure instead of the one on-premise healthcare, organisations pay more efficiently for what they use,” says Bradburn.

In a January article for HealthTech magazine, ‘The Benefits of Hyperconvergence in Healthcare’, freelance journalist Tommy Peterson writes: “With expansions, mergers and an increased reliance on new technologies, the healthcare landscape is changing at dizzying speed.”

Lehr adds: “We need to be good stewards of the investments our communities make in us. Driving up unnecessarily high costs on complicated IT infrastructure that takes an army of people to manage isn’t a great way to live up to that expectation.” So, in essence hyperconvergence is seen as the answer, which is to achieve through consolidation to save money and to enhance reliability; by using virtualisation to streamline applications; and he argues that simplification makes data more useful, secure and accessible by making it easier to move on-premise applications to the cloud.

David Trossell, CEO and CTO of Bridgeworks, argues hyperconverged systems have many benefits to the smaller healthcare providers. "By consolidating down multiple technologies from multiple providers for all the separate equipment that forms a modern data centre, along with all the differing support contracts and possible iteroparity issues that can occur, hyperconverged brings this all down to one or two providers," says Trossell.

“Whilst hyperconvergence solves many day-to-day issues in the data centre the biggest threats these days emanate from outside of it in the form of cyber-attacks, and these attacks are getting more and more sophisticated in their approach," Trossell adds. "Where once healthcare companies could revert to the backups and reload; these cyber criminals are content with just attacking online data, they have now even started to attack the backup software and backup data. This forces healthcare companies to seek new levels of data security that are on multiple levels and redundancy across multiple locations.”

Hyperconvergence can also permit healthcare organisations to know when they need to expand or upgrade their technology. When everything has been tested, and whenever there is a need to speak to a supplier’s technical support, they will only need to make one call.

Bradburn adds: “Hyperconvergence is becoming the new standard in infrastructure; there are many commercial offerings that simplify the management and provide greater control of the local infrastructure, ensuring higher availability. The physical infrastructure sizes are reduced, with lower power and cooling requirements and with less management complexity, which has obvious cost-saving benefits in the healthcare sector and reduces the risks of failure.

“A cloud service takes this reduction in risk and complexity to the next level by removing all the infrastructure management. This compliments the healthcare environment, removing the traditional budget limitations with over or under provisioning. This also makes it easier to extend the infrastructure into the cloud to provide the elastic growth, ensuring the infrastructure is always the right size to meet the demands of the users and applications.”

With applications becoming more mobile and web-based, Bradburn notes there is an increasing team collaboration trend in real-time product development, analysis and reporting. With this in mind, he argues that the cloud environment is “perfect for big data sets – archiving, pulling out and data manipulation is fast and effortless. This is vital for all services when the response is urgent.”

He adds that a cloud can provide an air gap and be bundled with cloud back-up and disaster recovery services. These services 'minimalise and mitigate the risk of cyber-attacks such as hacking or ransomware', as he puts it.

“It's a great solution for all organisations seeking to leverage the cloud while keeping governance and privacy their highest priority. Cloud offers to healthcare organisations a cost-effective way to ensure complete availability of the IT infrastructure whilst limiting vulnerabilities.”

“Using the cloud as on offsite data protection facility has many advantages in cost and, if done correctly, an air-gapped depository”, says Trossell, who believes there is a need for new thinking about how data is transported. He says it’s imperative to move off-site data to a HIPPA compliance cloud, or to multiple cloud providers.

Placing your data in one data or cloud is highly risky. Healthcare companies therefore need to recognise that not only does their data need be backed up in several locations, but also “that until the last byte of backup data has been received by the cloud, there is no backup.”

Trossell explains that the ability to move data in a timely fashion to the cloud is governed by three factors: latency, packet loss and the bandwidth of the WAN link. He adds: “In many cases we see the assumption that if you want to improve the way in which data moves across the WAN, the answer is to throw bandwidth as the problem.” The trouble is that the existing bandwidth may be completely adequate, and so it may just be latency and packet loss that are affecting WAN performance.

“The norm is to employ WAN optimisation to resolve the issue”, reveals Trossell. The trouble is that this commonly has little effect on WAN performance – particularly when data must be encrypted. He adds: “The other go to technology in the WAN armory is SD-WAN. Whilst this is great technology; it doesn’t solve the WAN latency and packet loss issues.” The answer to mitigating the effects of latency and packet loss is WAN acceleration, which is also referred to as WAN data acceleration.

Trossell adds: “WAN acceleration approaches the transport of data in a new way. Rather than trying to squash the data down, it uses parallelisation techniques controlled by artificial intelligence (AI) to manage the flow of data across the WAN, whilst mitigating the effects of latency and packet loss.”

What’s great about it, in his view, is that the solution doesn’t change the data in any way, and it can be used in conjunction with existing back-up technologies and SD-WANs. This in turn will drive up the utilisation of the WAN bandwidth to 95%. He therefore notes: “That bandwidth you currently have may, may just be enough for your needs.”

“Due to the nature of this sector, healthcare organisations are often multi-located with other organisations and third-party suppliers in different countries”, says Bradburn. “To improve data transfer across entire network, including the cloud and even for mobile healthcare workers, organisations can implement WAN data accelerators.” He emphasises that the technology reduces network congestion, while optimising the traffic traversing the WAN.

“This improves performance and acceleration of applications across WAN considerably, enabling the real time collaboration required for effective patient healthcare”, he explains, commenting that the healthcare sector has made a big shift in recent years to the public cloud. Machine learning and artificial intelligence are “pushing the cloud adoption further.” Many of these technologies, clouds and cloud service depend on WANs, and so they can be affected by the spectres of latency and packet loss.

Trossell summarises the key benefits as being:

Hyperconvergence, Trossell finds, is rapidly becoming the new standard in performance and reliability. It also benefits healthcare organisations without impacting on management costs, maintenance and hosting.  Yet, there is no getting away from the importance of connectivity – particularly at a juncture when the uptake of cloud services is increasing.

“In some instances, the distance between on-premise servers and the cloud cause data transfer latency, which becomes the limiting factor, rather than the size of the bandwidth, especially when transferring large medical imagery," says Trossell.

“More and more healthcare organisations implement WAN accelerators to mitigate the above issues. By adding WAN data accelerators, the data can be moved at a high speed across lower bandwidth connections over substantial distances, providing faster access to information and better patient care.”

In summary Bradburn and Trossell offer their 5 top tips for consolidating, simplifying, increasing the performance and reducing the cost of healthcare IT:

So, where next for the hyperconverged healthcare cloud? Bradburn concludes that the next steps are centred around compliance and standards. He thinks there is a need to “provide a truly global healthcare service with access to specialists across the globe and to be able to call on their expertise for remote diagnosis.” For example, this could be about clinicians sharing best practice, data and techniques to prevent a coronavirus pandemic; to work together collaboratively from afar to find a cure for cancer.

This requires healthcare organisations to build “networks that enable the efficiency in data transfer, storage facilities and security are the key challenges, whilst also defining the standards to ensure data formats from clinical systems and personal health IoT devices are universally understood.”

By undertaking these steps, and with the support of WAN acceleration, Bradburn believes the true power of the cloud can be utilised in the healthcare services of the future.